Why iPads are a real headache for restaurants as an EPOS

Should your restaurant, bar or cafe invest in a fleet of iPads for your front-of-house staff? On the surface, it might sound like a neat idea — but the choice of tech could come back to bite you. Apply these seven tests and you’ll understand why.

Test 01: Ask yourself a fundamental question:
‘What do we want to achieve?’

iPads are great in a domestic setting. But will they help your restaurant to succeed? No matter how much we love iPads for their entertainment, you have to think about efficiency, robustness and lifetime ROI in a demanding restaurant environment.

Verdict: Choosing the right tech is a serious, due diligence exercise. Get it wrong and you could be doing it all again in 6-12 months. The first thing to note is that the iPad is a consumer device and so a little red warning light should start flashing right away. Do you want to borrow tech meant for something else, or use tools that are purpose built?

Test 02: Will they do a good job for our waiting staff?

iPads can be great for waiting on tables. However, there are cheaper Android-based options that do the same job at a fraction of the price. Also, be aware that — while iPads are better than using a pen and paper — they are no substitute for an entire EPOS system! You’d still need a purpose-built touch-screen terminal. Attempting to use an iPad as your main terminal would mean struggling with a screen size that is small and looks out of place. Also, restaurants typically need peripherals that include devices like a cash register, scanner, receipt printer and a display that’s customer facing. Rigging an iPad up to these with cables is a challenge, may require adapters and can look messy and prove a hazard if tripped over. Another problem can be speed. Don’t be surprised if an iPad running powerful restaurant tech can sometime prove slow, glitchy or unresponsive.

Verdict: The iPad is a consumer device, so don’t be surprised if it restricts what you’d like to display on-screen and if it lacks the oomph to run powerful business software or keep going for hours on end. It’s a poor fit with the other devices you’ll be using too.

Test 03: Are there risks with us using iPads?

Now we’re wading into deeper water. Firstly, there’s the most obvious risk — theft. A £300-plus iPad could be a temptation for rogue staff members and opportunistic customers, while a standard POS device would have zero theft appeal. Secondly, iPads were not designed for busy restaurant environments. They can be ruined by knocks, bumps, spills and splashes. In contrast, EPOS terminals are fixed units and water resistant — built for durability.

Verdict: You’d want to keep a close eye on your expensive assets floating around the premises. It would also make sense to buy tough cases and possibly extra insurance. Having several devices missing or out of action can be a big hassle.

Test 04: What about if our wi-fi goes down at a busy moment?

This is a really important issue. Leading restaurant tech on a regular POS device should allow you to work offline, even for weeks if necessary. But iPads running apps are usually Internet-dependent, so if your wi-fi fails then your business could grind to halt, which is all very embarrassing mid-service on a Saturday night. Although some restaurant tech vendors that use iPads will claim they have a full offline mode, this simply isn’t possible without having a hard drive and hard wiring into a local network.

Verdict: Wi-fi is a possible point of failure. There are potential workarounds with iPads that involve secondary Apple routers but your eyes might water at the cost.

Test 05: How easy are iPads to manage?

Are all your iPads updated, charged and ready for action? Have people been downloading the wrong apps? Managing one iPad at home is no problem. Handling a fleet at work is another matter — especially if you have more than one location. iPads are typically meant for part-time leisure use, so there’s always the risk that a dying battery could stop your service too. Keeping devices plugged in 24/7 could fry the battery.

Verdict: You’ll need to make it someone’s job (and provide holiday cover) to check your iPads are working and fully charged every day. Also, watch out for unforeseen issues if your restaurant tech isn’t compatible with the latest iOS version that’s just been downloaded.

Test 06: What about warranties and the future?

Dedicated restaurant POS terminals supplied by leading POS vendors are built to be robust — and often come with two-year warranties. But EPOS companies don’t make iPads, so you’re on your own when it comes to sorting iPad support with Apple and sending off devices for days to be fixed. A more fragile iPad or tablet might come with just one year’s cover unless you pay extra. Also, be aware that a restaurant POS vendor might update their app, meaning you’re suddenly forced into buying new iPads because the old ones are not compatible.

Verdict: Relying on an iPad-based POS could lock you into the iPad as well as a particular POS vendor — because you’re in too deep down a narrow technology stream. Don’t be surprised if you have to keep refreshing your fleet of iPads at times when you’d much rather be spending the money on something else.

With leading restaurant POS systems, it’s usually simple to assess the true price. But iPad-based systems can come with a host of costs beneath the surface. Aside from buying the Apple devices (and refreshing them), there are the likely repairs we mentioned, plus the cost of a wi-fi infrastructure, monthly charges, licence fees, data plans, and any peripherals you want.

Verdict: Initially, the iPad has plenty of appeal. But the costs soon mount up.

Why iPads fail our seven tests

At first, the idea of fancy iPads in your restaurant, bar or cafe may be appealing. As an additional feature for table service, they can be great, but not as your main terminal. Very quickly, the iPad’s consumer characteristics and the practical challenges soon hit home.

Choosing iPads for a hospitality environment is an expensive experiment to attempt. You’ll achieve half the things you’d like —and end up paying twice as much.

Why not see Syrve in action for yourself and see what difference a leading restaurant POS could make to your business. We’d love to show you a demo (iPads not required). Contact our helpful team today.

To run your business profitably you need real-time inventory management with full transparency and...

One of Shanghai’s most popular restaurants, Bohemia Original Beer Restaurant, has recently switched...

Syrve’s global growth is continuing — with Turkey becoming the latest marketplace to benefit from...

What's even better than restaurants with robots?

Robot front-of-house staff are being trailed in restaurants. But are operators missing the real... 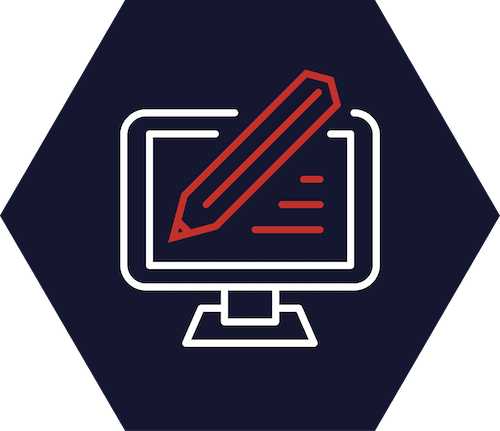